Corruption as Core US National Security Interest: Is Your Firm at Risk? 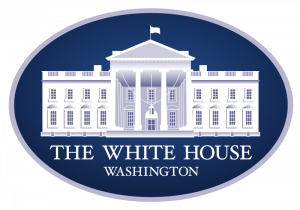 On June 3, the White House issued a memorandum that established the fight against corruption as a “core US national security interest.” The memo notes the staggering costs of corruption, which degrade the rule of law, economic growth, and trust in government. The global financial system often serves as a vehicle for corruption by allowing opaque transfers of illicit wealth and misappropriated assets. Establishing corruption and kleptocracy as key national security issues is therefore critical to protecting the US financial system and good governance. The whole-of-government approach to this national security threat will most likely require more comprehensive due diligence research and enhanced compliance procedures by US firms to more effectively vet potential business partners and clients, possible politically exposed person (PEP) connections, and likely connections to corrupt foreign individuals.

In a background call prior to the release of the White House memorandum, senior administration officials informed the press that agencies and regulators will focus on closing regulatory loopholes to limit illicit actors’ ability to exploit anonymity in real estate and offshore shell companies. The administration will also work with investigative journalists and NGOs to publicly identify those involved in corruption, as well as examine the illicit finance risks presented by cryptocurrencies.

US firms and financial institutions should engage with experts in cryptocurrency, anti-money laundering, sanctions compliance, enhanced due diligence research, and linguistic and cultural expertise to conduct enhanced due diligence in advance of possible new regulations, as well as update their compliance programs in anticipation of possible new regulations.

Use this form to contact FiveBy for more information.