The recent US government strategy to combat corruption includes a “name and shame” tactic to publicly identify individuals involved in kleptocracy and fraud and will almost certainly impact the reputation of US firms that previously could conduct business with foreign kleptocrats in relative obscurity. Individuals identified by this strategy may not be included on the Office of Foreign Assets Control (OFAC) Specially Designated Nationals (SDN) list, but engaging with them presents a risk that may require additional know-your-customer (KYC) and enhanced due diligence research to avoid reputational damage. 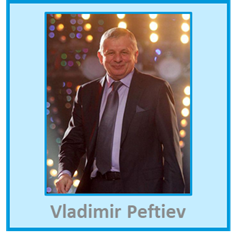 Firms that limit their due diligence to list-based screening or perfunctory research about their potential business partners and clients without delving deeper into potential links to corruption are at risk of being publicly linked to kleptocrats, politically exposed persons, or their facilitators, causing damage to their reputation and brand. Additional designations pursuant to the Global Magnitsky Act are likely to target corrupt foreign government officials but may not list linked entities through friends and family or tangential connections that may not be legally prohibited from doing business in the United States but may represent significant reputational risk for any company engaging in transactions with them.

Each US firm and financial institution must examine its own risk appetite and compliance program to determine whether its existing due diligence processes are sufficient to protect it not just from committing regulatory infractions but from harming its reputation. US firms and financial institutions perform customer due diligence and screening to ensure their clients and business partners are not laundering money through their accounts and are not sanctioned by OFAC. Entities that are 50 percent or more owned by a sanctioned individual or company may not appear on the SDN list, but they are also blocked and US firms and financial institutions are prohibited from transacting with them.

But what about entities linked to sanctioned individuals or transnational criminal organizations (TCOs) with whom transactions may be legal? How will the reputation of a large US tech firm or financial institution be impacted if they are found to have transacted with the family member of a foreign kleptocrat or with a politically exposed person (PEP) connected to a corrupt regime? 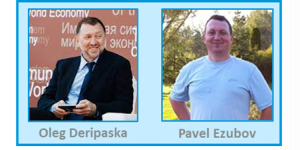 The US government’s strategy to bar kleptocrats from gaining access to the US financial system and publicly name and shame corrupt individuals who undermine the rule of law and the public’s confidence in their governments, should prompt US firms to engage with risk intelligence firms such as FiveBy that employ experts in link analysis who can help inform decisions about transacting with individuals and entities that may be connected to corruption. Anti-money laundering experts and regional and linguistic experts can help US firms research links to foreign kleptocrats and PEPs. Expert analysts can help draw connections—however tenuous—to individuals and entities that could jeopardize firms’ reputations and help inform risk decisions.

Research that FiveBy performs in this sphere can include analysis into family connections and ownership structures that may reveal deep links to foreign kleptocrats meant to obscure ownership and control not readily apparent with list-based screening and a cursory examination of business registries. Personal history, previous addresses, previous business connections, and adverse media can also reveal possible reputational risks of transacting with an individual. Location, tax identification numbers, and corporate registries can provide red flags that can inform risk decisions. Knowledge of sanctions evasion and money-laundering methodologies can also expose individuals behind shell and front companies, investors from possibly unconnected sources that could indicate an attempt to obfuscate misappropriated funds. Expert analysts can help trace complex ownership and structures to reveal ultimate beneficial owners and help firms make informed decisions about their potential partners and clients.

UPDATE: We have created an explainer video on corruption and kleptocracy. Please check it out.