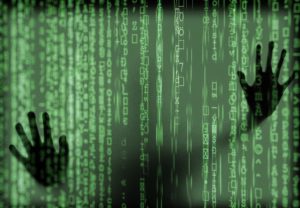 A flood of proposed legislation to increase regulation over online content and recent contentious hearings on the subject indicate an appetite on Capitol Hill to hold tech companies accountable for disinformation and other harmful content hosted on their platforms. To mitigate possible liabilities, tech companies would be wise to increase content monitoring and analysis by linguistic, regional, cultural, and disinformation experts. Rising volumes of disinformation originating in Russia, Iran, and China underscore the necessity of specialized analytic expertise to supplement existing measures.

On January 22, Senator Joe Machin (D-WV) proposed the See Something, Say Something Online Act of 2021 that would require tech companies to report suspicious content to support “criminal investigations and counterintelligence activities relating to international terrorism.” The proposal would require tech platforms to monitor and report suspicious content through Suspicious Transmission Activity Reports (STARs)—similar to the Suspicious Activity Reports (SARs) financial institutions must file in accordance with the Bank Secrecy Act.

More Possible Regulation on the Horizon

Skopos Labs projects that Manchin’s bill has only a 4 percent chance of becoming law, but Congress and state legislatures clearly have an appetite for more regulation to counter social media disinformation and amend Section 230 to hold tech platforms at least partially accountable for what users post on their websites. The riots in Washington DC on January 6 amplified legislators’ inclination to hold tech companies responsible for posts published on their sites, which will likely prompt platforms to mitigate their liability by increasing monitoring of user content or implementing controls that would restrain engagement, reducing users’ ability or willingness to repost disinformation they see on the platforms.

Although some disinformation originates in the United States, most of the content comes from Russia, China, and Iran. Regional, cultural, and linguistic expertise would almost certainly allow tech platforms to recognize the origin of disinformation using language and regional analysis and help nip disinformation campaigns in the bud before they become widespread across US audiences and inflict reputational damage on tech company brands.

Although opposing political forces have different visions for social media reform, both are pushing for more regulation of online disinformation. Whether through STARs or other regulatory requirements, regulators have shown a significant appetite to track and mitigate disinformation that aims to spread online hate, stop the manipulation of information, and undermine US society’s confidence in its government structures. The recent Global Trends report from the Office of the Director of National Intelligence highlights the growing power of social media that during the next 20 years will produce “content that could overtake expertise in shaping the political and social effects engendered by a hyperconnected information environment.” Power increasingly will be wielded by the generators of content as well as the arbiters of who gets to see it, which legislators will almost certainly cite as justification for further regulation of online platforms. Analyzing data from social network communities that provides insight into the origination of disinformation, funding, and its proliferation will require deep understanding of language and financial transfer methodologies, as well as cultural and regional expertise.