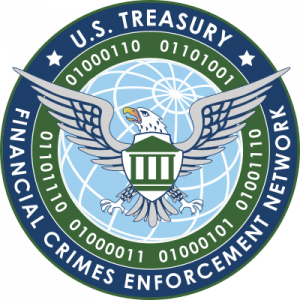 As sanctions against Russia for its invasion of Ukraine become more comprehensive and complex, the US Treasury is warning financial institutions and cryptocurrency firms, in particular, to be vigilant in identifying attempts to evade sanctions and other restrictions. The Financial Crime Enforcement Network (FinCEN) this week issued an alert that includes a list of red flags to help financial institutions identify potential sanctions-evasion efforts. The red flags are applicable to financial crime writ large, such as the use of corporate vehicles to obscure ownership and source of funds and the use of third parties to shield the identity of sanctioned persons (Russian oligarchs are particularly apt at this). Newly established accounts that attempt to send or receive funds from a sanctioned institution or an institution removed from SWIFT are also signs of possible evasion.

We believe that the alert is not just a reminder for US firms and financial institutions about their obligation to report suspicious activity, but also a signal to Russian malign actors that the United States will do everything possible to prevent their access to the US financial system.

Compliance and Due Diligence

President Biden this week signed Executive Order (EO) 14066 imposing additional sanctions on Russia for its invasion of Ukraine. The order prohibits the importation into the United States of Russian crude oil, petroleum, liquified natural gas, coal, and other energy products. The EO also bans new US investments in Russia’s energy sector and strives to ensure that Russia’s energy sector cannot use US persons to transact on its behalf. The United States today also sanctioned Kremlin elites, oligarchs, and Russia’s politicians and national security leaders who have supported Putin’s invasion of Ukraine, some of their family members, and a yacht and private jet belonging to US-designated oligarch, Viktor Vekselberg.

The UK has sanctioned Russian oligarch and owner of the Chelsea Football Team Roman Abramovich, who has been trying to sell off property, including the team, in advance of his designation. The UK government this week added seven oligarchs and politicians to its list of sanctioned individuals, prohibiting transactions with them and freezing their assets. The UK has issued a special license for the team to continue playing, including paying players and club staff, but the team cannot buy and sell new players, and selling tickets for games beyond those already sold to fans is prohibited. The UK this week also added 386 Russian Duma members to its list of sanctioned individuals—lawmakers who voted for the independence of the Donetsk and Luhansk “people’s republics”—freezing any assets they hold in the UK and prohibiting travel to the country

China has refused to supply Russian airlines with aircraft parts after Boeing and Airbus halted their supply of components. The Russian official responsible for maintaining airplane airworthiness, Valery Kudinov, says that Russia would look for opportunities to source parts from other countries, including Turkey and India, which could again bring attention to those countries under the Countering America’s Adversaries Through Sanctions Act (CAATSA), especially NATO member Turkey, which is already sanctioned under CAATSA for its purchase of the Russian S-400 missile defense system.

The EU has agreed to sanction more Belarussian banks and Russian oligarchs. The draft package will ban three Belarusian banks from the SWIFT banking system and add several more oligarchs and Russian lawmakers to the EU blacklist. The package also bans EU exports of naval equipment and software to Russia and provides guidance on the monitoring of cryptocurrencies to avoid their use to evade EU sanctions.

Uzbekistan and Pakistan are pressing the international community to unfreeze the assets of Taliban-controlled Afghanistan. Both countries are eager to start building a railroad linking southern Uzbekistan to Pakistan’s sixth-largest city, Peshawar, via Afghanistan, but with a designated terrorist group ruling Afghanistan, the project cannot begin. Russia supports easing sanctions on Afghanistan because the Kremlin wants faster, cheaper trade routes. However, given Russia’s new status as the world’s most sanctioned country, Russian involvement in infrastructure projects in Afghanistan may be off the table.

Twitch has ceased all payments to streamers with Russian bank accounts in compliance with economic sanctions against the nation. Twitch sent an email to Russian streamers informing them that their payments have been blocked. One of the biggest Russian Twitch streamers, Alexey “Jesus AVGN” Gubanov, said he had to flee Russia and move to the United States because of his opposition to Putin, but he claims he has been impacted by US sanctions. It is unclear why, as a US resident, Gubanov is apparently still using the Russian financial system to receive payouts.

The UAE has been placed on the Financial Action Task Force’s (FATF) grey list for increased monitoring, risking reputational damage, trouble obtaining global financing, and higher transaction costs. A 2020 evaluation by FATF called for “fundamental and major improvements” by the UAE, and last year the Emirates established an Executive Office for Anti-Money Laundering and Counter Terrorism Financing after passing an AML and terrorism financing law in 2018. However, despite “significant progress,” the UAE must still demonstrate progress on facilitating international AML investigations, managing risks in certain industries—including real estate and precious gems and metals—and on identifying suspicious transactions.

A Miami businessman has pleaded guilty to receiving payments from Venezuela’s government and servicing the country’s fleet of Russian fighter jets in violation of US sanctions. Jorge Nobrega admitted in federal court this week that as part of the conspiracy to violate US sanctions, he was paid the equivalent of roughly $3.5 million by Venezuela’s state-run oil company PDVSA into an account he opened at a bank in Portugal. The payments were wired to that bank account from accounts belonging to Tipco, a major Thai asphalt company and longtime customer of PDVSA. The publicly traded Tipco has not been charged.

The Brookings Institution assesses that FinCEN’s geographic targeting order (GTO) program had a nonsignificant effect on corporate cash purchases, but that the decline was also matched by a nonsignificant decline in individual mortgage sales of approximately 5.6 percent. Using Zillow’s Home Value Index, Brookings also failed to find any evidence that the price of top-tier homes shifted following the introduction of a GTO.

A Tennessee woman’s plight highlights a relatively new take on the Bitcoin/romance scam money laundering scheme. The woman became involved with a scammer on Facebook, who sent her cash in Priority Mail envelopes. She would take the cash to a Bitcoin Depot machine and transferred the money to his digital wallet. All told, she laundered almost $40,000 for the scammer, who told her he was working on an oil rig and could not leave until his contract was completed. The woman is not being charged and was not swindled out of her life savings.

German shipping group Hapag-Lloyd says it has been targeted by a suspected spear phishing cyber-attack after its IT security team found a fraudulent copy of its website online. The company says this  means that e-mails were used to redirect users to the fake site, and when they logged in with their personal access data, criminals were able to collect it. These kinds of fake websites are usually identical copies of real web pages and therefore, can usually only be recognized as malicious pages via the domain or Internet address. Of note is that Hapag-Lloyd is one of the shipping companies that has ended its service to Russia after Putin attacked Ukraine.

FinCEN Deputy Director AnnaLou Tirol delivered remarks to a recent conference on Women in FinCrime, focusing on the Anti-Money Laundering Act (AMLA) passed by Congress. FinCEN has the responsibility of implementing the AMLA that includes establishing a list of priorities, about which we wrote last year with Sigma Ratings; expanding BSA requirements and obligations to those engaged in the trade of antiquities; conducting a formal review of BSA regulations; and formalizing a pilot program to allow financial institutions to share suspicious activity reports (SARs) with their foreign branches, subsidiaries, and affiliates. FinCEN is in the process of implementing the Corporate Transparency Act, which was passed as part of the AML Act in January 2021, allowing the agency to build a national beneficial ownership information database, which will require many US and foreign companies to report their true beneficial owners to FinCEN and to update that information when those beneficial owners change. The next step in the CTA rulemaking series will be FinCEN’s publication of proposed rules on beneficial ownership information access and disclosure requirements. FinCEN is also ensuring similar transparency with real estate.

FiveBy provides to our clients a weekly news roundup of relevant insights to help avoid issues associated with both regulatory and reputational risk. We hope you find this useful, if you would like to see other things included, let us know at insightsfeedback@fiveby.com