The UK Office of Financial Sanctions Implementation (OFSI) has issued a Maritime Advisory to supplement its general guidance document that was updated in July, 2020, outlining companies’ obligations under the UK’s sanctions regime, as well as OFSI’s approach to licensing and compliance issues. OFSI’s Maritime Advisory in many ways mirrors guidance issued by US Treasury and State Departments in conjunction with the Coast Guard in May and includes a list of tactics used by illicit actors to evade sanctions. Although the strategies listed in OFSI’s Maritime Advisory pertain specifically to North Korea, OFSI highlights these methodologies as common among other countries and entities eager to evade sanctions.

OFSI stresses that the use of some of these tactics, such as STS transfers and AIS deactivation does not necessarily mean that a violation of sanctions is occurring. However, certain jurisdictions, such as North Korea, Iran, Libya, and Syria, represent a higher risk of sanctions evasion, and any shipping company whose vessels pass through or near the waters of these jurisdictions should exercise enhanced due diligence and track these red flags.

In its advisory OFSI highlights comprehensive sanctions that have been leveled against these countries and provides background on each, advising that any potential shipping activities near North Korea, Iran, Libya, and Syria should be carefully researched, given the complexities and risks involved. 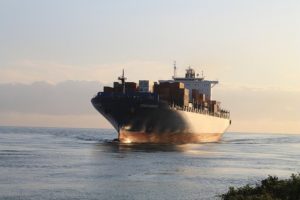 In its advisory OFSI provides examples of due diligence pertinent to the entities involved in the maritime industry, such as insurance companies, charterers, unions, petroleum companies, flag registries and other entities. Although illicit activity could occur in multiple sectors, the maritime industry is particularly vulnerable to abuse, owing to the global nature and reach of the sector, especially in the UK, where it facilitates 95 percent of the country’s trade. OFSI provides guidance on certain due diligence measures, much like the recent US advisory, but it stresses that the onus is on each organization to assess risks and ensure it does not violate financial sanctions.

Compliance with UK sanctions laws is further complicated by Crown Dependencies and British Overseas Territories, whose powers to implement sanctions are provided through local legislation. And because OFSI does not perform the competent authority functions for the Crown Dependencies, it provides a list of helpful links to research financial sanctions in those jurisdictions. OFSI also does not perform competent authority functions for Bermuda and Gibraltar that are not generally covered by Overseas Territories sanctions Orders and recommends contacting individual authorities for sanctions information about specific overseas territories and provides links to facilitate those contacts.

The message for US firms is in line with the guidance US authorities provided in May: entities in the maritime sector must improve their due diligence and compliance programs and check for shipping-specific red flags to avoid violating sanctions. As financial crime and evasion methodologies evolve, the maritime industry must join the fight against illicit financial activity. OFAC’s advisory in May signaled an expected shift for the maritime sector to create and maintain ongoing due diligence programs, and OFSI’s guidance mirrors these expectations.