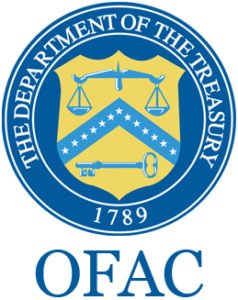 In the aftermath of Russia’s recognition of the Donetsk and Luhansk people’s republics as independent states, and subsequent deployment of what Russia calls “peacekeepers” into those territories, the United States and the EU today released the first of several tranches of sanctions against Russia.

President Biden directed that full-blocking sanctions be imposed against two Russian banks—Vnesheconombank (VEB) and Promsvyazbank (PSB)—and their subsidiaries. According to the White House fact sheet, these entities collectively hold more than $80 billion in assets and finance the Russian defense sector and economic development. Designations include 25 subsidiaries of VEB, 17 subsidiaries of PSB, and five vessels owned by one of the Promsvyazbank subsidiaries. These measures have frozen any assets in the United States that belong to these entities, prohibited US persons and entities from transacting with them, and effectively shut them off from the US dollar and the global financial system.

OFAC also sanctioned three sons of US-designated Russian elites, whose assets in the United States are now frozen and with whom US persons and firms cannot transact.

In addition, the United States expanded sovereign debt prohibitions, restricting US individuals and firms from participation in secondary markets for new debt issued by Russia’s Central Bank, the National Wealth Fund of the Russian Federation, and Russia’s Finance Ministry, denying Russia access to key US markets and investors.

President Biden warned that more elites in Russia will be designated tomorrow.

FiveBy recommends that all US firms and financial institutions doing business in Russia examine their current relationships with these individuals and entities to ensure they are in compliance with US sanctions. Further, thorough research into any additional subsidiaries and monitoring of possible changes in ownership and control, as well as name changes to these entities and vessels is also recommended.

FiveBy is a specialized risk intelligence consultancy with unique expertise in risk and fraud management. Companies and organizations contact FiveBy when they see risks related to fraud, abuse or compliance that could affect their reputation, their ability to support customers, their intellectual property, or their bottom line. FiveBy provides unique insight and experience to transform these risks into opportunities. Our tech and business savvy, and our proven track record, means you can rely on us to address those risks enabling you to focus on your day-to-day business. Whether you work with FiveBy on an assessment, to address a one-off incident, or to create robust processes to address future risks – we’ll always be in your corner. We stay ahead of the game, so you don’t have to.