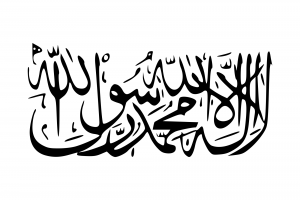 With the lightning-fast Taliban takeover of Afghanistan and the immediate departure of US troops, FiveBy judges that the risk of international sanctions has increased not only against the insurgent group, but also against the country, as well as individuals, entities, and states that support or transact with it. The Taliban’s leaders, wary of possible additional international sanctions and cuts in development aid to Afghanistan, have launched a public relations campaign to paint themselves as a more moderate force—even in the face of troubling reports about their recent activities in Afghanistan.

DEVELOPING: Reports emerge of Taliban fighters beating women and children at a checkpoint in Kabul.

Taliban officials deny their fighters have been involved in this sort of violence, blaming the injuries on men impersonating the Taliban. https://t.co/cbc0tgbI8V

The Biden administration is expected to use financial and diplomatic tools to manage the response to the Taliban’s rapid takeover of the country. We assess that these options could include designating the group as a foreign terrorist organization (FTO)—a step avoided by previous administrations to maintain diplomatic contacts with the group. The Taliban is already sanctioned by OFAC as a specially designated global terrorist (SDGT) entity, but a State Department FTO designation would also prohibit material support, such as training, and impose broader immigration restrictions in addition to prohibiting financial transactions with the group. The United States already has frozen billions of dollars in Afghanistan government reserves held in US bank accounts in an effort to block the Taliban from accessing the funds and has canceled bulk shipments of dollars to Afghanistan as the Taliban was taking control of the country.

International sanctions in response to the Taliban’s forcible takeover in Afghanistan are not the only sanctions risks companies and nations face. One of the Taliban’s major revenue generators is narcotics cultivation and production, which increases the risk of designations under the Foreign Narcotics Kingpin Designation Act (Kingpin Act). In addition, countries that have decided to work with the group or transact with it, such as Russia, China, and Turkey, which said it was ready to provide technical and security assistance to the Taliban if the group requested it, could face additional designations.

US firms and financial institutions will need to reevaluate their risk appetite and likely update their compliance strategies related to their level of engagement with government entities and institutions in Afghanistan. In addition, countries that support or transact with the Taliban as the de facto government of Afghanistan could face additional sanctions, and major US social media platforms are already evaluating how to address risks associated with the Taliban’s takeover of the country and the government’s social media accounts. FiveBy can help firms and financial institutions conduct research into the changing regulatory landscape that could result in penalties or reputational damage, as well as evaluate their exposure to corruption, human rights violations, narco-trafficking, and sanctions evasion methodologies traditionally used by malign state actors.