The National Defense Authorization Act requires that Turkey be sanctioned in response to its purchase of the Russian S-400 air defense system, and we assess the Biden administration will expand the scope of existing designations against Turkey’s military procurement agency and its leaders. We further judge that President Biden will attempt to balance efforts to salvage the relationship with the NATO ally with possible punitive sanctions on Turkey’s Halkbank, infrastructure projects such as ITI transnational railroad, and government entities involved in restricting free speech and other human rights, which could adversely affect the reputation of firms engaging with these entities. 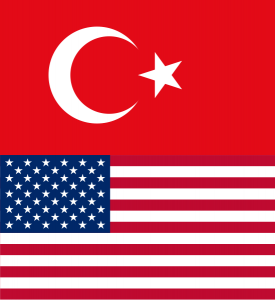 On December 14, the United States imposed sanctions on Turkey’s Presidency of Defence Industries (SSB), its head Ismail Demir, and three other SSB officials for the purchase and testing of the Russian S-400 pursuant to the Countering America’s Adversaries Through Sanctions Act (CAATSA). The President can only lift the CAATSA restrictions if Ankara can verify it has abandoned the S-400, but despite these sanctions and Ankara’s ejection from the Joint Strike Fighter program in July 2019, Turkey has shown that it is committed to deploying and using S-400, which most likely will lead to long-term sanctions against the country.

The Biden administration would probably support EU sanctions against Turkey, taking the opportunity to demonstrate its commitment to multilateral action after Ankara engaged in activities the EU views as provocative. In December, Turkey announced its intentions to continue gas exploration in disputed waters off the coast of Cyprus through June 2021, which almost certainly will reignite demands for EU sanctions. However, Ankara recently took conciliatory steps toward the EU by withdrawing its seismic research ships, making high-level visits to Brussels, and inviting Greece to hold exploratory talks, prompting the bloc to delay a decision about sanctions. In addition, many EU members have been hesitant to level measures against Turkey because of the country’s position as a key trading partner. The departure this year of German Chancellor Angela Merkel—a leading proponent of a diplomatic solution to the disputes with Ankara—and stronger support from the Biden administration will probably make EU sanctions against Turkey more likely.

President Joe Biden is likely to take a tougher stance against Turkey than his predecessor, who has been called “Turkey’s last ally left in Washington.” However, the new administration will have to strike a fine balance between working to salvage relations with a vital NATO ally, coordinating action with European partners, and imposing additional US sanctions, which risk pushing Turkey further into the arms of Russia and China. Nonetheless, the purchase of the S-400 and Ankara’s stated intent to continue military collaboration with Russia, may mean that Turkey is approaching a point of no return in its relations with NATO.

With Turkey’s plans to modernize its air fleet hindered by its ejection from the F-35 program, Ankara will be looking to Russia and China for replacements. Military aircraft purchases from these countries could trigger sanctions under CAATSA on targets connected to Turkey’s air force. The United States and the EU also could coordinate messaging efforts to challenge Erdogan’s grip on power ahead of Turkey’s 2023 elections by emphasizing Turkey’s economic troubles that could be exacerbated by sanctions, which could lead Erdogan to pursue more infrastructure projects with Russia and China. The Biden administration’s focus on human rights could also lead to sanctions against entities involved in suppressing free speech and dissent in Turkey. Firms considering business engagements with these entities could face reputational backlash for supporting repression and human rights violations.

Our unique point of view brings together expertise spanning security, technology, data science, and business operations to connect your dots. By turning data into an enabler, FiveBy designs adaptable responses—whether to an ongoing incident or to implement preventive measures—tailored to your business needs and always with a human touch. If you need detailed analysis about reputational and regulatory risk involved in doing business in Turkey, contact FiveBy: info@fiveby.com